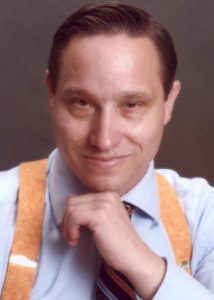 Steven Graham was a Maddy Legislative Intern in the Clovis office of Assemblymember Mike Briggs in the Spring of 2001. After  completing his Maddy Internship, Steven’s health deteriorated and he was blessed to receive a double lung-transplant in 2002. Subsequently, he earned his Juris Doctorate at San Joaquin College of Law, where he was honored to serve as the Student Bar Association President from 2007 – 2009.

Through his experiences, he has learned that

empathy costs nothing and aids in both tumultuous political times, as well as calm ones.

After Law School, Steven then moved to the Bay Area where he spent roughly the last decade teaching history for the San Jose Evergreen Community College District. After being voted Distinguished Adjunct Faculty of the Year a second time in 2018, Mr. Graham took a break from teaching and is currently pursuing a Master’s in Public Administration at California State University Stanislaus. Finally, in his spare time Mr. Graham is a Donate Life Ambassador who proudly advocates for organ donation.

On December 8th, the Maddy Institute held a virtual Valley Legislative Update event. Elected leaders from all over the Valley were invited to speak on the past year and their plans for 2021. This is what Asm. Rudy Salas had to say about economic recovery from the pandemic. ... See MoreSee Less

Share on FacebookShare on TwitterShare on Linked InShare by Email