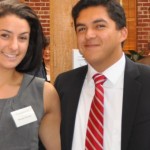 Political Stories Top stories Dan Walters: Tax boosts that target the powerless — A November ballot measure, Proposition 55, would extend that dangerous dependency on the rich for another 12 years, and its strong lead in the polls is a testament to the cynical validity of Brown’s observation about voters’ willingness to approve taxes that they […]

Political Stories Top stories  Dan Walters: U.S. Senate candidates Harris and Sanchez putting voters to sleep — Ordinarily, an open Senate seat in the nation’s most populous state would draw big-time attention from politicians, the media and voters. But so far, it’s been the antithesis of exciting, or even interesting. Walters column in Sacramento Bee Fresno mayor […]

Political Stories – Top stories California drug price initiative leads early in poll, but many still undecided – A California initiative to impose price controls on state drug purchases heads into the fall campaign with support from a majority of likely voters, though more than a third have yet to make up their minds, according to a […]

Political Stories Top stories  What can be wrong at Yosemite? Lawmakers want to know — The National Park Service could be in for a rough day Thursday, as officials from Yosemite and Grand Canyon are scheduled to testify at a congressional hearing on alleged mismanagement in the agency. McClatchy Newspapers article  Poll shows voters like […]